COVID-19: The Second Social-Distancing Threat to Our Way of Life in Thirteen Years 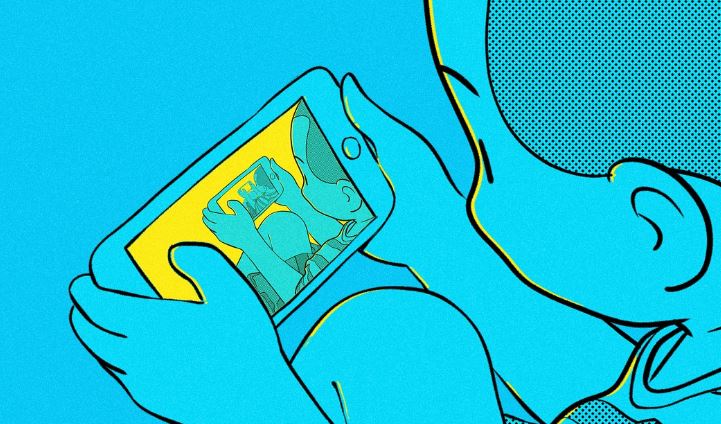 The coronavirus is the second threat to our way of life in the past thirteen years to result in unprecedented social distancing. Let’s take a look at the first social-distancing threat, which appeared in 2007: the smartphone.

First, the obvious needs stating: our phones are amazing. They offer some damn exciting options. This is why we’re on them so much! The pixelated screen you hold in your hand offers myriad opportunities—from staying in contact with far-away friends and finding recipes to checking esoteric song lyrics and video chatting with colleagues about a work project—that we couldn’t have dreamed of only one generation ago.

Yet the dark underbelly of our devices has now emerged into plain view. Let’s consider some of the smartphone’s destructive consequences to how we experience our lives by focusing on three highly negative intrapersonal outcomes it has worsened: loneliness, depression and anxiety, and diminished empathy.

Loneliness. In 2018, Cigna released the results of a survey of over 10,000 American adults based on the UCLA Loneliness Scale which found that approximately 43 percent of Americans were lonely. Many were incredulous that social isolation had become so severe so quickly in just over a decade after the release of the first iPhone in 2007. Two years later, in January 2020, Cigna released the results of a new survey. In only two years, the percentage of Americans who feel social isolated from others had increased to 61 percent­—over three of every five citizens. At this point, the siren bell has sounded and loneliness has been declared a national epidemic.

The “epidemic” designation is global. It has also been recently invoked in the UK, for example, by the Royal College of General Practitioners. Britain is further ahead of the loneliness curve than the US; former Prime Minister Theresa May even appointed a Minister for Loneliness in 2018. May made this decision on the heels of two studies that found that nine million British citizens are often or always lonely and that British children spend less time outside than prison inmates. Yes, really.

A recent study led by psychologist Philip Hyland of the Centre for Global Health at Trinity College Dublin sheds light on why loneliness has increased so dramatically in the digital age. Hyland and his colleagues surveyed 1,839 Irish adults and found that what most induces loneliness is not the quantity of relationships, but the quality. Low-quality relationships—which abound when the people around you are too distracted by their devices to pay sufficient attention to your socioemotional needs—were found to be the primary driver of untenable levels of loneliness.

Depression and anxiety. For some time now, mental health professionals have been declaring that anxiety and depression are surging since their relatively stable rates in the early 2000s. A national study of thousands of university undergraduate and graduate students has found that the number of students testing positive for anxiety has increased from 17 to 31 percent in the past six years, and the number testing positive for major depression has more than doubled in the past ten years.

Diminished empathy. A recent meta-analysis of seventy-two studies conducted between 1979 and 2009 found that the empathy levels of American college students have dropped 40 percent, which the authors primarily attribute to the rise of social media. This decrease in both cognitive empathy (“perspective taking,” or putting yourself in another person’s shoes) and affective empathy (e.g., empathic concern, or feeling what others feel) can only be seen as a grim portent for the future of our society if the current shift toward texting, emailing, and instant messaging and away from face-to-face interaction continues. Why listen to someone in person, after all, if you have dozens of people waiting for your attention in a virtual queue?

For a poignant example of this phenomenon, imagine a girl sitting on a sofa who tries to talk with her brother about her feelings of being bullied or embarrassed by some of the “popular” kids at school earlier that day. He continues staring at his phone with the television also on in front of him. She feels ignored and so pulls out her phone or also settles down in front of the TV. We are all that disappointed girl today: feeling unimportant to those around us and coping with our rejection with even more screen time—which only exacerbates our loneliness.

Loneliness and the Quarantine

OK, so it’s not looking so good for the smartphone. Thirteen years later, COVID-19 is a very real virus whose remedy, offered by health experts worldwide, is to extend the social distancing begun by our phones thirteen years ago even further. While this social distancing is necessary at this point to stem the contagion of this virus, in addition to its negative economic effects the psychological and social effects (including those attributable to increased loneliness) must be considered.

Extensive research, including two recently published studies I conducted with Sarah Wright of the University of Canterbury in New Zealand, has found that loneliness dysregulates: that is, it impairs our ability to self-regulate and behave in ways in which we are later proud. Other studies have similarly found that lonely people are less likely to help others. Those who feel connected with others in their community, conversely, are more likely to visit their doctor for a vaccine, wash their hands frequently, or engage in other prosocial behaviors for the common good.

Yet social isolation, in the short-term, is merited. (Note that objective social isolation—e.g., living alone—is different from loneliness, which is subjective social isolation. If you do not feel emotional distress associated with being alone, it is not loneliness at all, but solitude.) Consider what happened in Wuhan, the capital of Hubei province in central China, where the coronavirus originated. Thanks to draconian yet highly effective quarantining strategies, on February 22nd China finally saw the number of daily new infections drop from as high as over 14,000 to below 2,000. As of March 12th (two months after the first coronavirus death in China), Wuhan experienced only five new cases of coronavirus, down from eight on March 11th. Also on March 12th, Hubei province could boast no new coronavirus cases outside of Wuhan for eight consecutive days. Given the flattening curve in China, which we all hope will be replicated worldwide, social distancing as an acute, short-term strategy for crisis management may be ideal; yet it’s important that we discover means to connect with others and keep our sanity during this hopefully short period.

To discover these means, come up with a few strategies that enable you to separate remote living from loneliness. Talk more with the people you live with and/or by phone with the people you don’t. Only use your devices occasionally. When you do, consider innovative means of forming more meaningful connections through video chats (and note you can call in to connect with most Zoom and video meetings if you prefer not to stare at a screen). Most importantly, let your phone become … a phone. Call the people you love and care about. Who knows—taking social isolation to an extreme may help us realize the importance of real, in-person connection with others while we still have some of our precious lives left to do something about it.